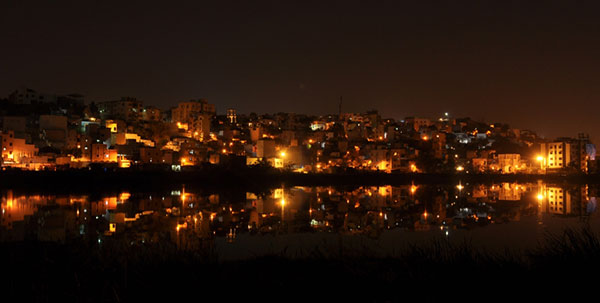 In November 2015, Minister for Power Piyush Goyal announced a new program to bail out India’s struggling electricity utility companies, the Ujwal DISCOM Assurance Yojana (UDAY). Weakness in the electric power sector remains one of India’s biggest obstacles to faster human and economic development. UDAY is not the first attempt to bail out the struggling state electricity utilities, but it has developed fairly strong momentum, and it has crucial features in terms of timing and commitments that make it qualitatively different from past bailouts. UDAY’s success is critical for India’s attempt to expand electricity access and for “Make in India.” Perhaps most notably for the Obama administration, UDAY can provide fiscal space for India to meet its significant clean energy commitments.

India’s state-run electricity utilities sit on a mountain of debt, totaling nearly $63 billion as of March 2015, nearly equivalent to 4 percent of India’s GDP. This debt has grown 75 percent in the last three years alone. There are multiple causes for the low efficiency of India’s electric power utilities, primarily: deeply subsidized rates based on political considerations instead of sound financial management of the electricity sector, electricity stolen during transmission/distribution, corruption in the collection process, and faulty equipment.

Other recent central government attempts to rehabilitate India’s state-run electricity utilities, such as the Advanced Power Reform and Development Program (APDRP), its successor the Restructured Accelerated Power Development and Reforms Program (R-APDRP), and the Electricity Act of 2003 had only marginal long-term impact. Near the end of the second term of the UPA government, former power minister Jyotiraditya Scindia launched a “Financial Restructuring Plan for DISCOMs,” which received little interest from the states.

The UDAY scheme was approved by the Indian cabinet on November 5, 2015. It contains measures to allow state governments to take direct responsibility for the debts owed by their power utilities, offers performance-based grants, strengthens transformer and user-level metering, and attempts to streamline power plant fuel linkages. It also calls on states to take other measures to improve user efficiency such as using LED bulbs in streetlights and replacing agriculture water pumps with high efficiency pumps.

Because states control their power grids, the program is voluntary. States that want to join the program must sign a memorandum of understanding (MoU) with the Ministry of Power, articulating what is expected from each side. As of June 24, 13 states have signed MoUs with the Ministry of Power to join the UDAY program. (The MoUs for Gujarat and Jharkhand are two examples.) The Ministry of Power invokes a range of “sticks and carrots” to compel states to honor the commitments under the MoUs. Critically, most of the operational requirements the MoU places on states must be implemented by the end of 2019, so the Modi government will be in office for almost all of this critical rehabilitation phase. The timeline for other states to join the UDAY program was recently extended through March 31, 2017, so other states may still join.

UDAY’s success is strongly linked to the success of other important goals of the Modi government. First is the government’s goal of achieving 175 gigawatts (GW) of renewable power generation capacity by 2022. Generally, renewable power is relatively expensive, and states determine the mix of generation for their state. Financially healthy utilities will give states more flexibility in choosing higher-cost generation options. Second, the availability of reliable electricity is an important consideration for industry. So, the government’s “Make in India” campaign will be given a solid boost if UDAY is successful.

The long-term success of UDAY will also be influenced by other policies adopted by the Modi government. First, the government appears deeply committed to its self-declared goal of electrifying every village by early- 2017, with a flashy online dashboard highlighting progress. Adding a larger number of rural consumers will be beneficial for utility finances if they are asked to pay a reasonable rate for electricity, though it is unclear if this will be the case. Second, recent reforms in the coal and oil & gas sectors should increase the availability of these fuels, lowering the cost for power generation.

The central government has a limited set of tools to reform India’s broken state electricity utilities. But, fixing these utilities will help the states get their finances in order, reduce barriers to meeting India’s own renewable energy targets, and give a real boost to “Make in India.” With half of Indian states signed up to join the UDAY scheme, we can expect a solid short-term return, though ultimately state leaders will need to decide if this is a real turning point in how they manage their power grids.