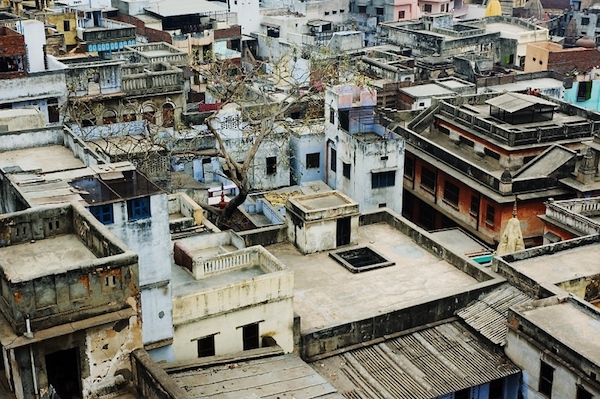 While caste and communal politics will likely play a major role in determining the political fortunes of Uttar Pradesh (UP), a broad set of issues will drive the electorate in the state’s ongoing legislative assembly elections. Election results on March 11 will determine who will govern the state – which has a population of over 200 million, or nearly 2.7 percent of the world’s population – for the next five years. It will also set the stage for the state’s energy future: will the winning party seek to provide electric power to all groups equally or will electric power distribution be swayed by political dictates?

The choices for chief minister, who will be chosen by the newly elected legislative assembly, are Akilesh Yadav, who helms the Samajwadi Party (SP)-Congress coalition and is seeking his second term as chief minister; Bharatiya Janata Party’s yet to be announced candidate; and Mayawati, the leader of the Bahujan Samajwadi Party (BSP) who led the state from 2007 to 2012. With opinion polls showing that none of the contenders have a clear majority to form the next government, the promise to respond to pressing problems facing the electorate may offer a crucial edge.

In early February, 8minutes Futures Energy, in conjunction with FourthLion Technologies and IndiaSpend, surveyed over 2,500 registered voters in UP from across the age, gender, geographical, caste and socioeconomic spectra. The survey’s finding that “the most important problem overall and especially for undecided voters is power cuts” was unsurprising given that 43 percent of residents of the state are without electricity access, while 30 percent of those with access face power outages for up to 15 hours of every day.

It is perhaps with this understanding that the leading contenders have made their election promises. SP has promised to electrify villages and cut electricity tariffs in half for farmers and artisans. BJP has promised to make round-the-clock electricity supply available to everyone in the state. These promises come despite the fact that electricity is already subsidized and the current tariffs are less than the cost of supply. UP is no newcomer to the politicization of electricity. Free power is allocated to households to court their support, and the BJP accuses the Akilesh Yadav government of supplying power on communal lines. Line losses – electricity that is received by power substations for distribution to end consumers but for which bills are not issued – escalated prior to the 2002 and 2007 state elections as electricity thefts during this time were overlooked in a bid to garner votes.

Uttar Pradesh’s distribution companies (DISCOMs) – which are responsible for buying electricity from power generators and delivering to consumers – are in bad financial health. The state has signed up for the Ujwal DISCOM Assurance Yojana program to revive the financial health of DISCOMs, but the DISCOMs may stay in crippling debt if the party that comes to power next makes good on its election promises. This will almost inevitably lead to more and more extended power cuts and a lack of resources to extend the grid to currently unelectrified villages.

Moreover, amid their election promises, the parties may be missing a real opportunity within the state: the 8minutes Futures poll found that 87 percent of UP voters favored solar power. Although solar is a priority of Modi’s central government, the solar potential of UP has been largely unexplored.

For now, with 40 percent of voters undecided on how they will vote, the proverbial lever to Uttar Pradesh elections may just belong to the issue that concerns undecideds the most – continuous and reliable supply of electric power.